Charles Spence, professor of experimental psychology at Oxford University, studies how the brain integrates information from the 5 human senses to produce a coherent impression of reality.

He argues that at least half of our experience of food and drink is determined by the forgotten flavor senses of vision, sound and touch.

Celebrity chef Heston Blumenthal has experimented and delivers multisensory experiences in his restaurant The Fat Duck in the UK. The famous Sound of Sea dish comes with a headset playing sound of sea waves which makes the oysters taste better. 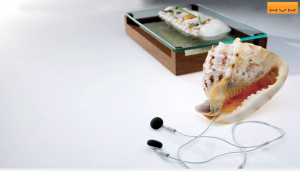 This is because the brain lights up so much more when 2 senses are stimulated together. 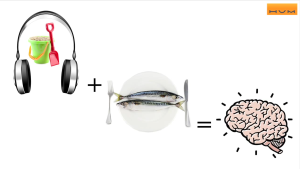 He’s currently working on pre-trials to determine whether altering the picj and tonal quality of a can’s opening hiss can make its content seems fizzier or flatter, warmer or colder. An all-new fizz-enhancing can is at least 2 years away.

No wonder he was a beneficiary of Unilever’s Cognitive Neuroscience Group for 10 years. In 2006, he conducted an study to see whether altering the volume and pitch of the sound from an aerosol can would affect how a person perceives the pleasantness or forcefulness of a deodorant: Unilever invested in a packaging redesign for Axe deodorants, target at young men, with a new nozzle technology that sounds noticeably louder than the gentler female-targeted Dove brand.

As evidence of the power of a package’s color to alter the taste of the content the 2011 white-colored can of Coke to raise funds for endangered polar bears was withdrawn when consumers complained that Coca-Cola had changed its secret formula. Spence has repeatedly shown that red is associated with sweetness. Participants perceived salty popcorn as tasting sweet when served in a red bowl.

Spence and other researchers have also found that curved shapes can enhance sweetness: