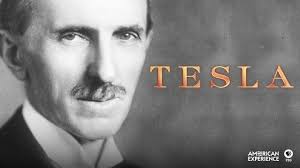 I had no idea that he literally invented the Alternating Courant and that Marconi did NOT invent the radio telegraph (the US supreme court recognised 6 months after his death that Marconi’s patent belonged to Tesla):

And then to read on top of all his inventions and being a futurist, that he predicted:

“the acquisition of new fields of endeavor by women” and “their gradual usurpation of leadership.”

Read the amazing Mario Popova’s brainpicking When Woman Is Boss: Nikola Tesla on Gender Equality and How Technology Will Unleash Women’s True Potential

I just love how she mentioned Hedy Lamarr who was a real beauty with brains… just at the time when I watched Bombshell: The Hedy Lamarr Story at the ArtScience Museum (for free!!)

Known in her time as the ‘most beautiful woman in the world’, Hedy Lamarr was a forward-thinking, technically-brilliant innovator. Her ‘frequency hopping’ patent forms the basis for some of the most pervasive technologies we use today, including Bluetooth, Wi-Fi, and wireless telephones – yet she is mostly remembered as glamourous 1940s Hollywood starlet.