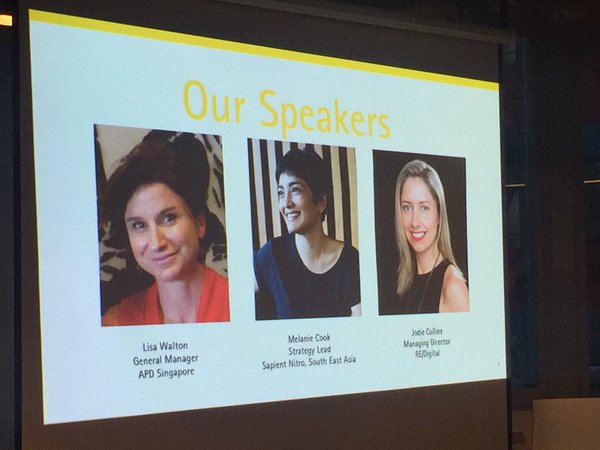 Jodie Collins kick started the evening by sharing her takeaway from SXSW2016:

AI and VR were the 2 main themes this year and the emerging view on AI is that robots and human will work together. 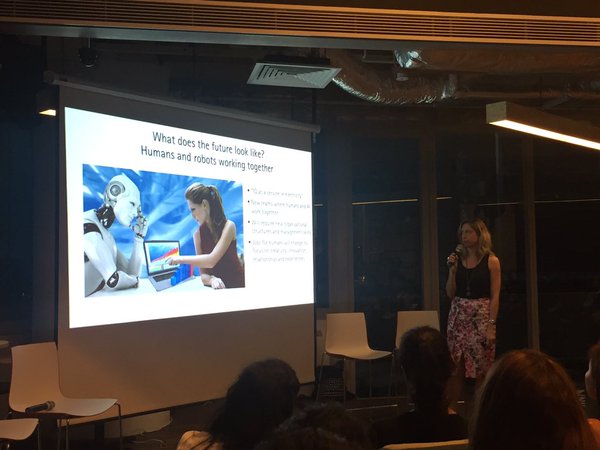 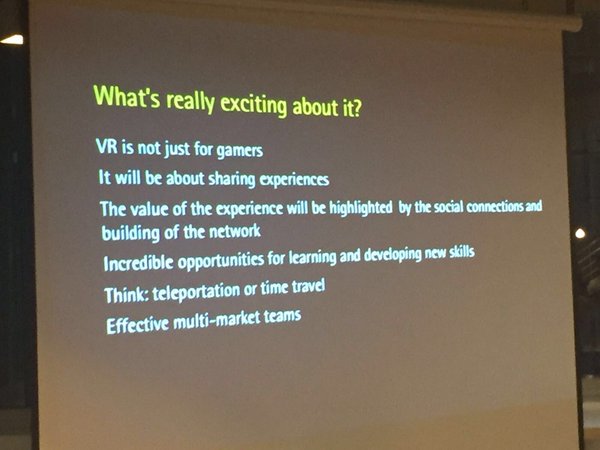 Another key theme at SXSW, learning from the Hyperloop project, was that Innovation breeds innovation: eg. the innovation’s halo effect means that working on the Hyperloop also means thinking of the experience of going to and from a Hyperloop station. Crowd-powered innovation was also a key aspect of Hyperloop. 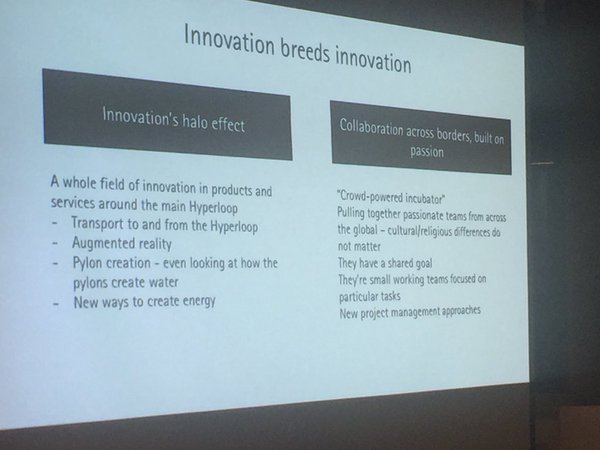 Another key lesson from SXSW2016 was that publishers are now all about distributing their content across platforms with the right context, and not about attracting people to their publication

Lisa Walton was next on stage, confirming that SXSW is not about technology for the sake of technology but is about addressing fundamental shift in consumer behavior. Retail is a great example of that with the need to reinvent almost every year. She illustrated this with the New-York popup store called “Story”. It changes the merchandise every month and measures experiences/m2 whether the transaction happens online or offline, instead of sales/m2 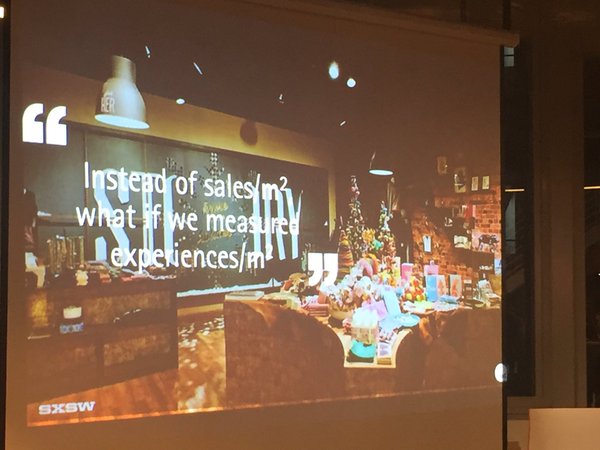 In the fitness category, the amount of data that Under Armour has amassed now means that they are a performance company.

Lisa’s most amazing book discovered at SXSW2016 is by Brian Solis. The author designed it as an iPad app given that our attention span has now reached a low 6sec. The most important thing on VR as an experience is that it is about what you felt, not what you saw. 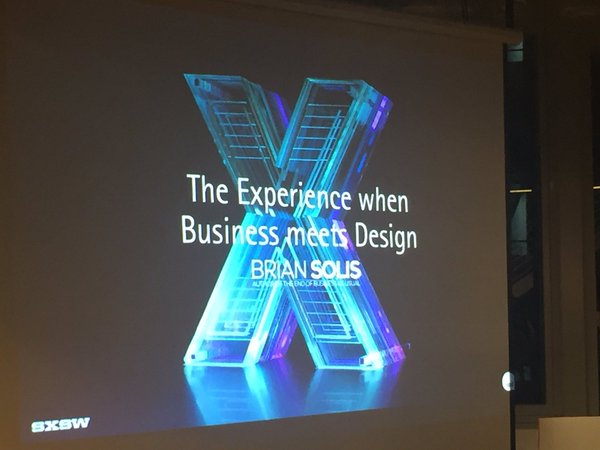 Melanie Cook shared her SXSW2016 insights by noticing that technology companies were represented but brands were missing whilst understanding the shift in consumer behavior is crucial.

She illustrated the power of VR quoting the New-York Times now saying they’re in the business of providing experiences, not news.

And added that engagement is now the competitive advantage…

As the number of people engaged (rather than reach) is the new success because you learn from them. 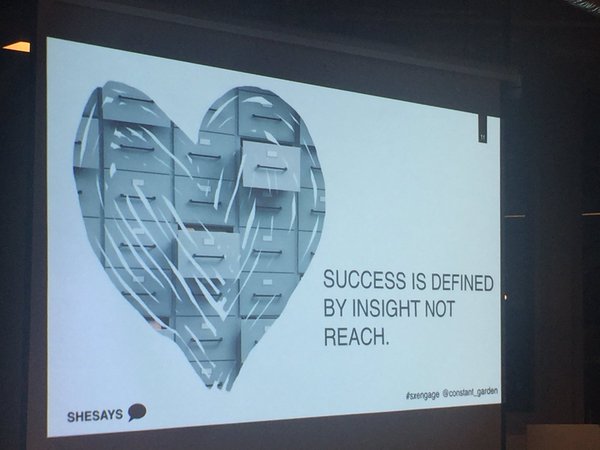 Brands were warned to invest in new advertising model rather than the interruption one by the founder of WEVR (the future YouTube for VR) Anthony Batt.

In VR, Melanie pointed out that there is no control of where the viewer looks and that the narrative is not linear.

“The story teller is now a story giver”