I was already happy to hear the priority of sleep in Maslow’s pyramid (if you’ve read this post you know how much I love my sleep).

Then 40min in, I was so glad to hear Mihály Csíkszentmihályi about the flow. I discovered Mihály in Daniel Pink’s book “Drive” 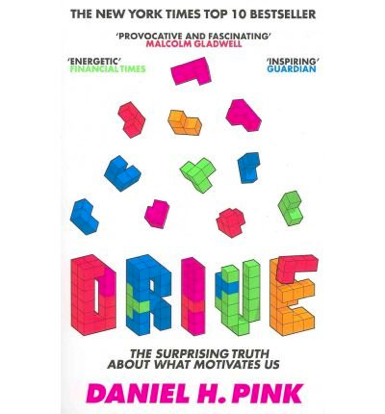 Drive is one of my favorite book and talking about it around me recently made me realise that not many people know it so I hope this short snapshot will inspire you. Don’t worry it’s not a book review. If you see the subtitle: “Drive – The surprising truth about what motivates us”, it talks about MOTIVATION

Daniel Pink is kind enough to provide himself a Twitter summary in 140 characters:

Carrots & sticks are so last century. Drive says for 21st century work,
we need to upgrade to autonomy, mastery & purpose.

When it comes to motivation, there’s a gap between what science knows and what business does.

Our current business operating system-which IS built around external, carrot-and-stick motivators–doesn’t work and often does harm. We need an upgrade.

And the science shows the way. This new approach has three essential elements:

Today I’m only going to focus on 1 thing: MASTERY,

And illustrate it through 1 STORY.

Good luck with the pronunciation. From now on, I will refer to him as Mihály. 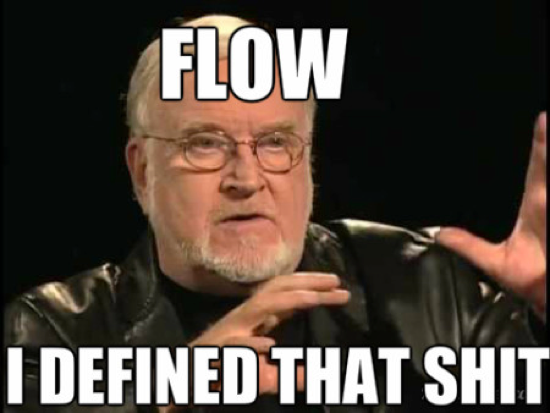 In his words, the flow is

“being completely involved in an activity for its own sake. The ego falls away. Time flies. Every action, movement, and thought follows inevitably from the previous one, like playing jazz. Your whole being is involved, and you’re using your skills to the utmost.”

You may start thinking about analogies. So continuing the definition, it is:

a state of concentration or complete absorption with the activity at hand and the situation.
It is a state in which people are so involved in an activity that nothing else seems to matter.

The idea of flow is identical to the feeling of being in the zone or in the groove.
The flow state is an optimal state of intrinsic motivation, where the person is fully immersed in what he is doing.

HOW DID HE GET THERE? 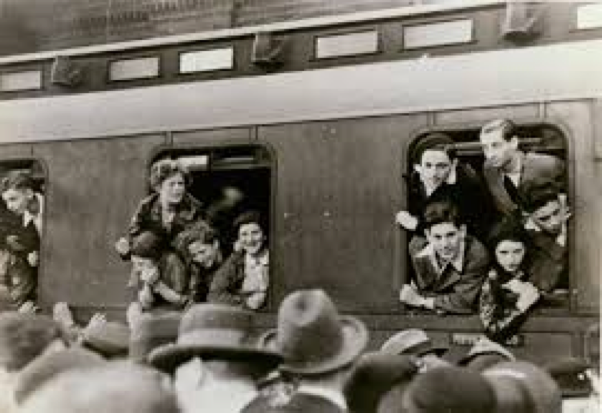 Summer 1944 – Mihaly is 10 y.o. and he leaves Nazi Budapest for Venice in Italy. He’s in the last train that would cross the Danube River. Bullets ripped through the train’s window, there’s a soldier on board firing back.
Half of the relatives who sent them off on the train platform would be dead five months later.

On this experience, Mihali said many years later:

“It struck me at that point that grown-ups had really no idea how to live,”

he kind of promised himself:

“There’s got to be a better way to live than this.”

Time goes on. He drops out of high school at 13, works on odds jobs in Western Europe for 10 years. But he reads everything he finds on philosophy and religion.

… And one day, stumbles into a lecture by Carl Jung’s – just watch this for 90sec:

In 1956, he’s 22 and he arrives in Chicago to study psychology. He has $1.25 in his pocket and the only English he knows comes from reading Pogo comic strips. 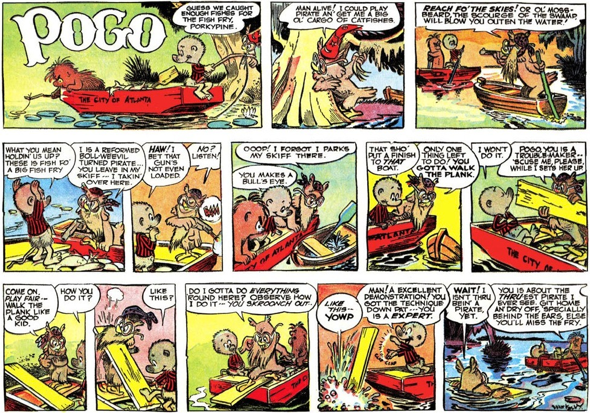 With this and his knowledge of Latin and German, he passes the Illinois high school equivalency test in a language that he neither spoke nor read. 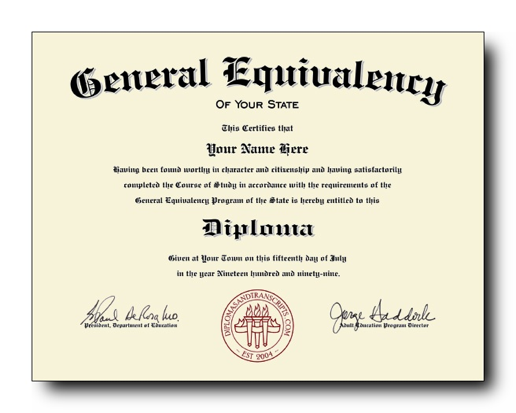 He enrolls in the University of Illinois-Chicago, takes classes during the day and works as a hotel auditor at night. He eventually makes it to the University of Chicago psychology department and earns a PHD – JUST 9 years after setting foot in America.

That by itself is pretty impressive.

He begins by writing about creativity. And creativity takes him into the study of play.

And what he finds is that…

In the midst of play, many people enjoys what Mihali calls “autotelic experiences” – from the Greek auto (self) and telos (goal or purpose). In an autotelic experience, the goal is self-fulfilling; the activity is its own reward. Painters he observed were so enthralled in what they were doing that they seemed to be in a trance. For them, time passed quickly and self-consciousness dissolved.

Fast forward to the mid-70’s. Mihali’s running his own psychology lab at the University of Chicago.

Equipped by bold new technology of the time – an electronic pager – he asks his graduate students to beep him randomly several times each day. 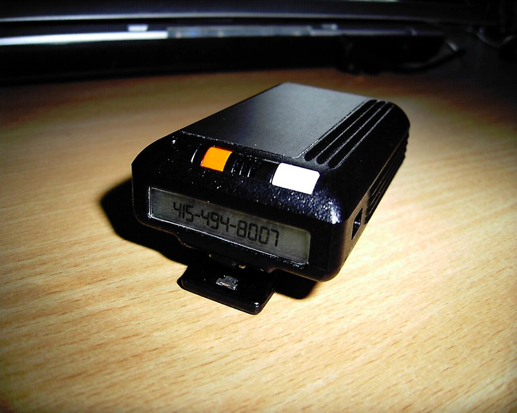 Whenever the pager sounds, he records what he is doing and how he is feeling.

”You got such a detailed picture of how people lived.”

On this basis, he develops the Experience Sampling Method: he would page people 8 times a day at random intervals and ask them to write in a booklet their answers to several short questions about what they are doing, who they are with, and how they’d describe their state of mind.

With findings for seven days it gives you a flip book, a mini-movie, of someone’s week.

He then renames these optimal “autotelic” moments by FLOW, as this is when people experienced the highest, most satisfying experiences in their lives (as you can see in top right corner). 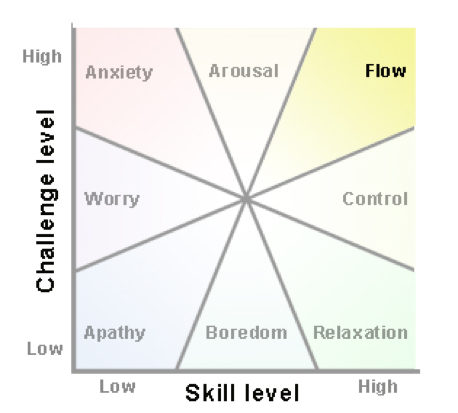 It’s pretty easy to unpack what goes with The Flow:

In flow, goals are clear eg. you have to reach the top of the mountain if you’re a climber, hit the ball across the net if you’re a tennis player, or mold the clay just right if you’re a sculptor.

Feedback is immediate eg. the mountaintop gets closer or farther, the ball sails in or out of bounds, the pot you’re throwing comes out smooth or uneven.

Most important, in flow, the relationship between what a person has to do and what he can do is perfect. The challenge is not too easy, not too difficult. It’s a notch or two beyond current abilities, which stretched the body and mind in a way that made the effort itself the most delicious reward. That balance produces a degree of focus and satisfaction that easily surpasses other more quotidian, experiences.

In flow, people live so deeply in the moment, and feel so utterly in control, that their sense of time, place, and even self melts away.

They are autonomous, of course. But more than that, they are engaged.

Maybe this state of mind was what that 10 y.o. boy was seeking as that train rolled through Europe.

… Maybe reaching flow, not for a single moment but as an ethic for living—maintaining that beautiful “eye-on-the-object look” to achieve mastery as a cook, a surgeon, or a clerk-was the answer. Maybe this was the way to live.